From October 4 to 10, near Landau, a children’s and youth camp of the Orthodox Church of St. Christopher at Mainz took place under the direction of Archpriest John (Nothhaas). Every day began with morning prayers in the chapel of the self-catering house “Hahnenhof”. In the evening we held evening prayers to end the day. In the morning, catechesis was held for the children and adolescents in two age-matched groups. On Sunday, all participants and other visiting parishioners gathered for the Divine Liturgy and participated in Holy Communion. Although the weather was very mixed and usually extremely rainy, the children spent a lot of time outdoors: playing football, hiking in the forest, sports and archery (with previously self-made bows). The group also visited local attractions. During the hike to the castle ruins, Lindelbrunn mushrooms were collected. After arriving at the castle we had a picnic. Another trip led the group to the medieval castle Berwartstein on which we participated in a guided tour. There was also a theater project in which the children independently rehearsed a small production on the topic “Why do I go to church?” which was presented on the last day. The performances (there were two groups) took place in the cozy courtyard; the stage was a tractor-trailer. The free time ended with a traditional campfire with bread, marshmallows, and singing. 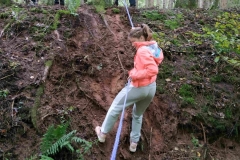 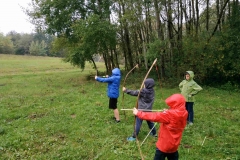 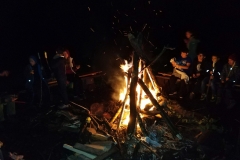 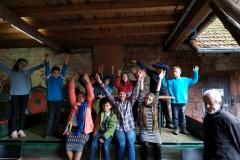 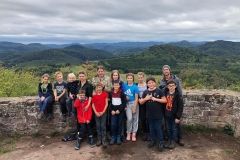 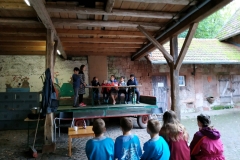 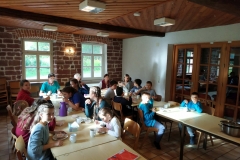